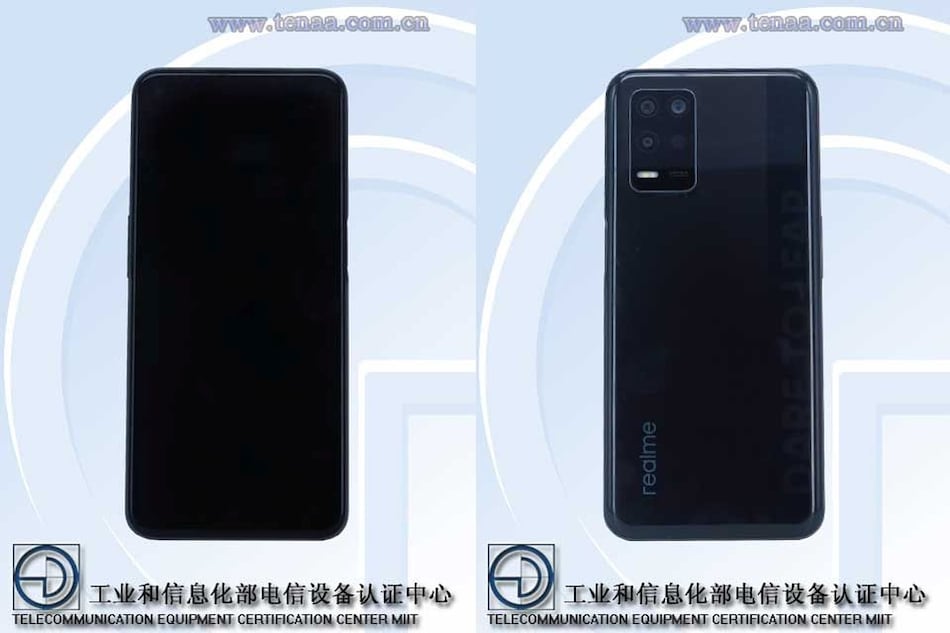 A Realme smartphone has been spotted in a TENAA listing with model number RMX3161. This could be the Realme Narzo 30 Pro. The listing leaks key specifications of the upcoming phone along with its images. The smartphone is listed with a 6.5-inch LCD display and a 4,880mAh battery. Realme had recently teased the India launch of the Realme Narzo 30 series. The series, successor to the Realme Narzo 20 series that launched in September last year, is expected to debut in the country soon.

The TENAA listing shows images of a Realme phone, expected to be the upcoming Realme Narzo 30 Pro. The smartphone appears to have a triple camera setup at the back. The images also suggest a punch-hole in the top-left corner of the screen for the selfie camera and a side-mounted fingerprint reader.

The listing suggests that the upcoming Realme smartphone will have a 6.5-inch display, run on Android 11, and support 5G connectivity as well dual-SIM connectivity. Further, the smartphone is listed with the measurements 162.5×74.8×8.8mm.

Realme had shared a survey earlier this week, asking fans for suggestions on what the retail box of the phone should look like. Six options were presented. While no launch date was revealed by the company, the Realme Narzo 30 series is expected to launch in May or even before that.

Google Search on Mobile to Get…