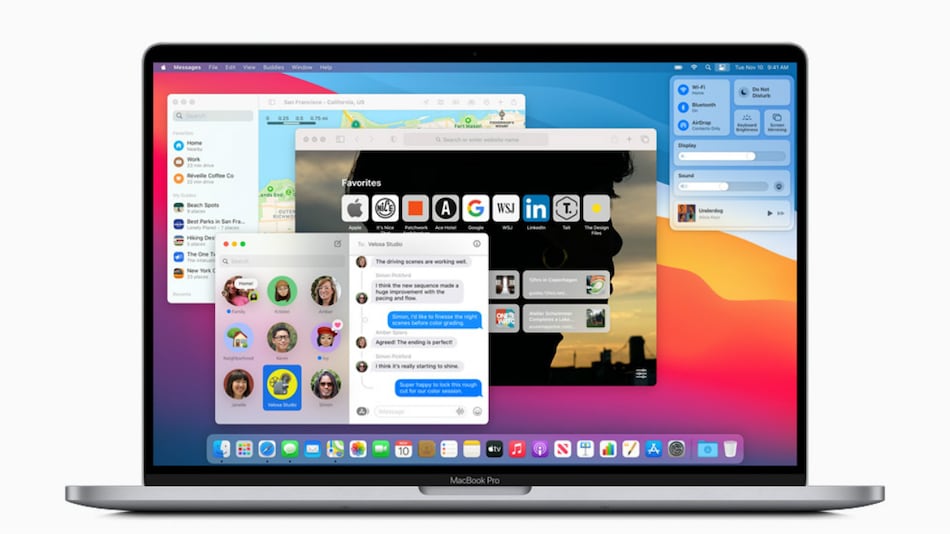 macOS Big Sur 11.1 update has been released by Apple, a month after the official launch of the new macOS Big Sur. The update adds support for AirPods Max – the recently-launched over-ear headphones. It also brings App Store privacy labels and Apple News widgets, as well as a refreshed Photos app that will now allow users to edit Apple ProRAW photos. From now on, air quality health recommendations will be provided in Weather and Siri for countries including India, the UK, and the US.

The macOS Big Sur 11.1 update is the biggest one since Apple launched macOS 11 Big Sur to users last month. It brought a redesigned interface, an updated menu bar that is more translucent than ever, full-height sidebars, redesigned Dock with updated app icons, and an updated Control Center. The latest update brings bug fixes for Mac, and introduces support for AirPods Max, TV app enhancements, and privacy information on the App Store.

As mentioned, macOS Big Sur 11.1 update will allow compatible machines to connect the recently-launched Apple AirPods Max over-ear headphones, that offer high-fidelity audio for rich sound. There is also a new Apple TV+ tab and search operations has been enhanced so that users can browse by categories such as genre.

The next big refresh in macOS Big Sur 11.1 update is related to Apple News. Apple News widgets are now available in Notification Center. Changes in App Store include a new privacy information section on App Store pages. This section also has a developer-reported summary of the app’s privacy practices. Furthermore, there are new window options for iPhone and iPad apps on Apple Mac machines with M1 chip. These window options let users switch between landscape and portrait orientations or expand a window to fill the entire screen, as per the changelog.

The macOS Big Sur 11.1 update also brings new capability in Photos app. Users will now be able to edit Apple ProRAW photos in the app itself. Furthermore, Air Quality health recommendations will be provided in Siri for countries like Germany, India, Mexico, the UK, and the US at certain air quality levels. The feature is available in Maps and Siri for locations in China as well.

How to install to macOS Big Sur 11.1 update

Asus ExpertBook B9 has a 66Whr battery that is claimed to last for 13 hours Asus BR1100 have a kid-friendly design, with a rubber bumper for falls Asus has introduced…