Redmi 9 Teased to Launch in India on August 4, May Go on Sale During Amazon Prime Day 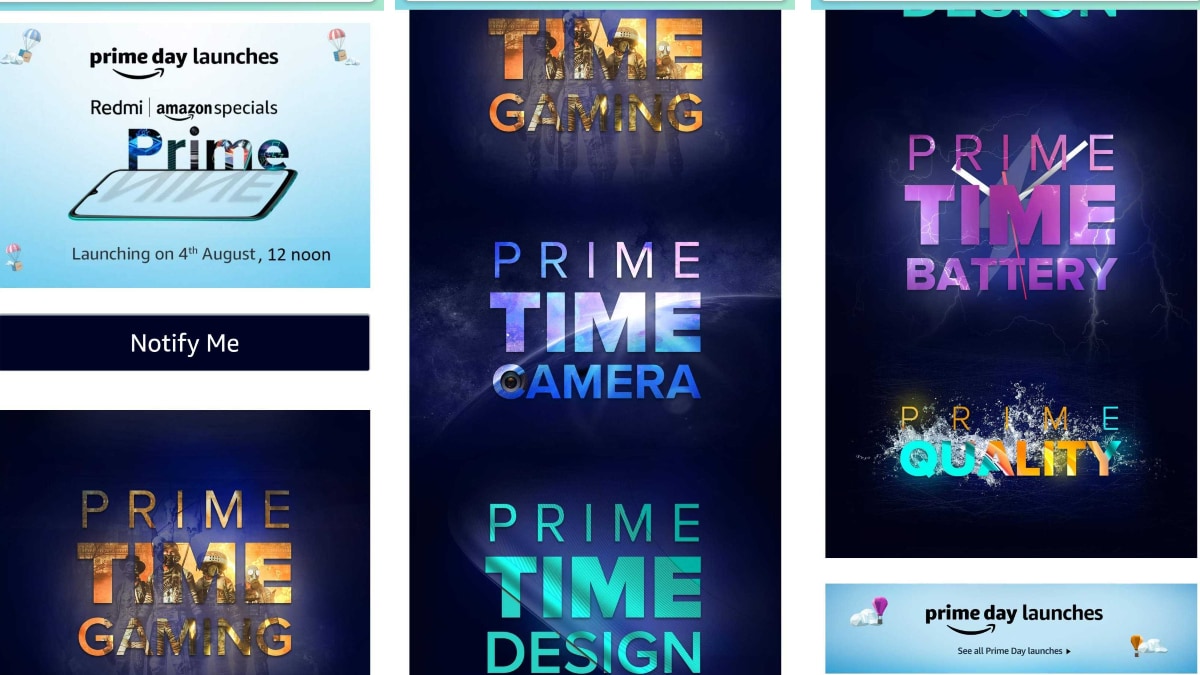 Redmi 9 is teased to launch in India on August 4 at 12pm (noon) IST as part of the Prime Day sale. Xiaomi posted a tweet announcing the arrival of a new Redmi device in the Indian market. Based on the teaser, the Redmi 9 may go on sale on Amazon during the Prime Day sale starting August 6. The Redmi 9 was launched in China last month and its key features include a large 5,020mAh battery and a quad rear camera setup. The phone is powered by the MediaTek Helio G80 octa-core processor.

Xiaomi took the Redmi India handle to release a tweet about a new Redmi device launching on August 4. This tweet has an image that shows the word ‘Prime’, but the shadow reads ‘Nine’. This suggests that the Redmi 9 may be launching in India on August 4. The launch event will begin at 12pm (noon). Xiaomi has also published a dedicated Mi.com page to take registrations of interest for the upcoming phone.

Apart from this, Xiaomi was also spotted teasing the same device on Amazon India, hinting at the Redmi 9 availability on the e-commerce site. Given that the word ‘Prime’ is used extensively in the teaser, we can’t help but speculate that the Redmi 9 will go on sale during the Amazon Prime Day sale starting August 6. Amazon.in has also made the ‘Notify Me’ button live for registrations.

All India pricing and other information will be announced on August 4. During its launch in China, the Redmi 9 was made available in Carbon black, Mordecin, Neon Blue, and Lotus Root Powder colour options.

As for specifications, the Redmi 9 India variant is expected to be identical to the China model as well. It features a 6.53-inch full-HD+ (1,080×2,340 pixels) display with a waterdrop-style notch and Corning Gorilla Glass 3 protection. The phone is powered by a 2GHz MediaTek Helio G80 octa-core processor paired with up to 4GB of RAM. A 6GB RAM model has been leaked recently, and India may see an upgraded RAM option at launch. However, this is pure speculation from our end. Internal storage choices are up to 64GB, with the option to expand it further using the dedicated microSD card slot.