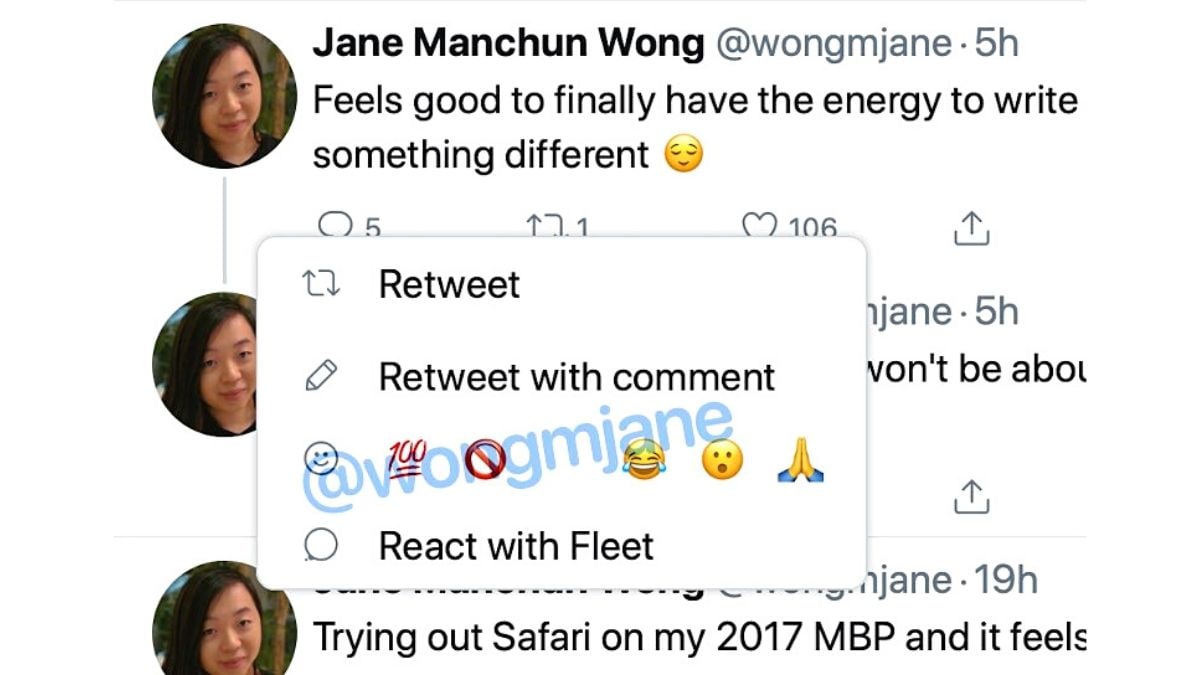 Twitter is reportedly testing a new feature that will allow users to react to a tweet with an emoji. The feature is tipped by notable reverse engineering expert Jane Manchun Wong who claims that users will also be able to react to a tweet with “Fleet”, once it is rolled out. Meanwhile, another report claims that Twitter first tried to experiment with this feature back in 2015, however it was never rolled out by the social media giant for reasons unknown. Over the years, several social platforms such as Facebook and Instagram have added the option to react to a post with an emoji.

Wong shared the development on Twitter and a screenshot of the feature is also added to the tweet. The screenshot showcases a set of emojis that users can choose to react to a tweet. It is also seen that users would have the option to react to a tweet “with Fleet.” It is unclear how this feature works, but as the name suggests, the feature will revolve around the newly added Fleets on Twitter.

How do reactions with emoji generally work?

Since its inception, Facebook has allowed its users to “Like” posts that were typically seen as a form of reacting to the content without commenting on it. The Like feature was upgraded in 2016 when the social media giant added new reaction options such as ‘love’, ‘care’, ‘angry’, ‘haha’ and so on in the form of emojis.

Over the years, various platforms have added their own form of reaction to messages or posts with an emoji. Twitter also allows its users react to Direct Messages (DMs) with emojis, similar to what Instagram offers. Similarly, the newly added Fleets also support emoji reaction feature.

Twitter is also testing another feature that will potentially allow a user to disable people from commenting to a tweet. The feature will allow them to limit replies to the post as well.

Currently, Twitter has not shared any details about the rumoured emoji reaction feature. Gadgets 360 has also reached out to the company for further clarification.