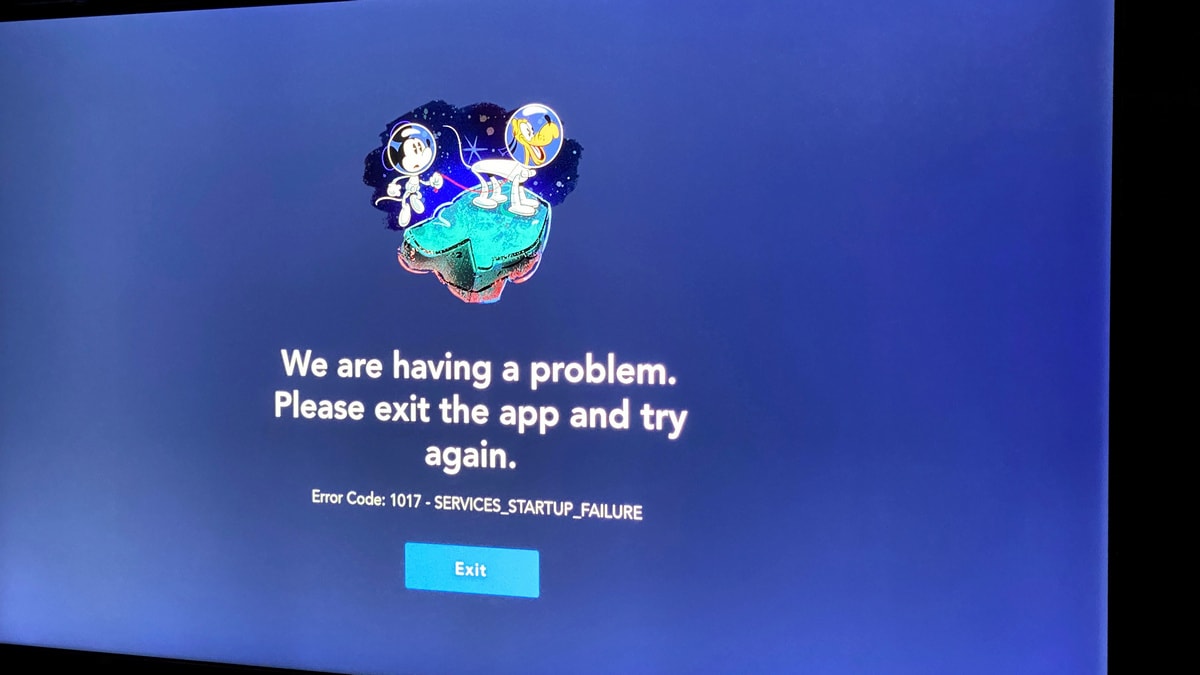 An error message for Disney’s streaming service is seen on a TV in New York, US

Thousands of Disney fans eager to watch their favorite movies were greeted with error messages Tuesday, hours after the debut of the Disney+ streaming service had crushed its servers, the company said. Users flocked to social media to update their followers on the anticipated event. Many could not begin the new Star Wars show The Mandalorian. Instead, they were greeted with a frowning character from the movie Wreck-It-Ralph paired with a network error message, or Mickey Mouse stranded in space.

The problems for some users undercut a huge day for Disney, which has touted the streaming service as a major part of its portfolio. The Mandalorian is the flagship launch show for about 500 films and 7,500 episodes of programming from Pixar, Marvel, Star Wars, National Geographic and others.

“The demand for Disney+ has exceeded our highest expectations,” the company said. “We are so pleased you’re excited to watch all your favourites and are working quickly to resolve any current issues. We appreciate your patience.”

Thousands of complaints were flagged Tuesday morning, according to Downdetector, a website that collects complaints about websites and apps.

Disney spokeswoman Jessica Casano declined to say how many users experienced problems and how many successfully streamed content.

Splashy debuts have bedevilled streaming services for years. HBO streaming buckled under the enormous demand on servers after April’s final season premiere of An error message for Disney’s streaming service is seen on a TV in New York, U.S, and the ESPN+ app has had fits while streaming some UFC fights.

Disney learned from those problems. In the lead-up to the launch, Disney executives said they prepared for this exact problem of huge but predictable demand.

“We’ve built capabilities to sustain that, both in terms of processing the transactions that all come in – in a very, very short period of time – as well as the streams,” Michael Paull, the company’s head of streaming, told the Verge in August.

The service is available in the United States, Canada and the Netherlands, the company said, and will launch in Australia and New Zealand on November 19, though it is unclear whether technical problems will persist through the week.

That second round of releases will also include Puerto Rico. Casano declined to explain why it wasn’t available there for the US release Tuesday. Puerto Rico is a US territory.