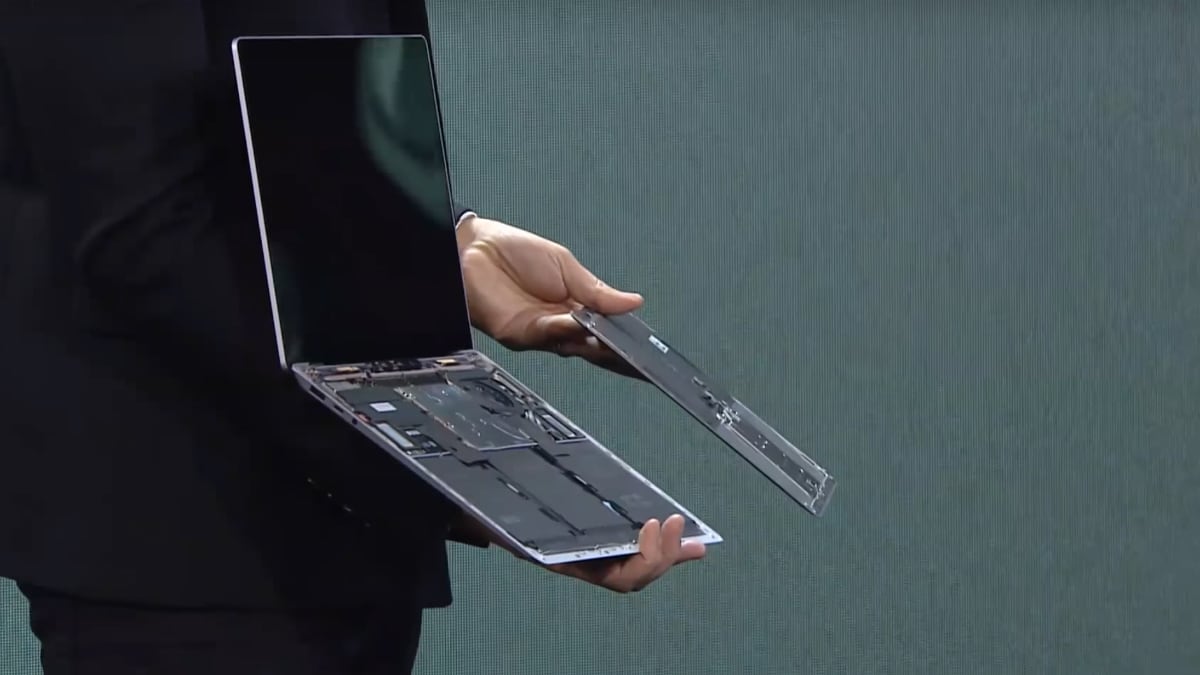 HIGHLIGHTS
IN THIS ARTICLE

Surface Laptop 3, the next-generation notebook model by Microsoft, is found to have a straightforward opening procedure that allows users to easily open the top cover assembly and get inside the machine. Engineers at iFixit while covering their extensive teardown have ascertained that the design of the new Surface Laptop provides easy access to internals. This is notably unlike the earlier Surface models that required extensive efforts to open the top cover. Microsoft Chief Product Officer Panos Panay at the launch event earlier this month demonstrated the easy-accessible top cover assembly of the Surface Laptop 3.

During the teardown, the iFixit team has spotted that the Surface Laptop 3 leaves its top cover simply by unscrewing four Torx Plus screws from the bottom. Once the screws are removed, a stab or a guitar pick can be used to gently left up the cover that has magnets instead of any fussy clip-on brackets. Also, it has been noticed that the top cover is tethered by a single flex cable that is also connected with the board using a magnet. All this is indeed new in the Surface family as iFixit had earlier noted that tearing down and opening the Microsoft machines require significant efforts.

After the top cover is pulled off, the Surface Laptop 3 shows the swappable M.2 2230 SSD that is secured on the board with a single Torx Plus screw. The RAM and the Intel processor are soldered to the motherboard.

Airtel has revised its range of prepaid plans to primarily compensate its losses over dues payment Highlights Rs. 129 Airtel prepaid plan has been updated to Rs. 148 Airtel has…

Apple is planning to unleash a slew of new apps, features and development tools at its annual software conference next month. To improve its devices and strengthen its connection to customers, the…